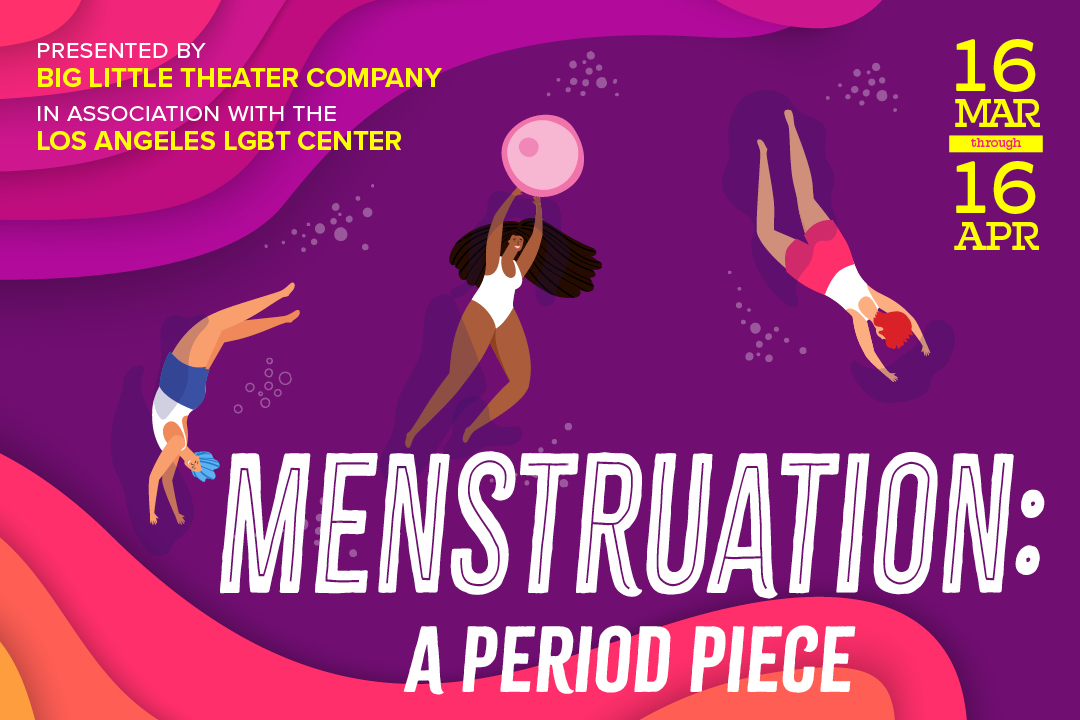 In association with the Los Angeles LGBT Center

Claire is desperate to figure out if a lesbian period is the ultimate lesbian tragedy; meanwhile, Emily, a hormone inside her body, decides to take matters into her own hands.  A comedic, musical, poetic rendering of the menstrual cycle, our heroines leap between the living room, the uterus, the ovaries, and the fallopian tubes to test the limits of love, the limits of the body, and the limits of what any single organism can accomplish alone.

Big Little Theater Company (Katie Lindsay, Artistic Director) produces theatrical events that are “epically intimate”—ambitious, theatrical, and close to the heart. We create imaginative, bold, boundary-pushing theater and are committed to building well-resourced productions and paying artists a competitive wage. During the pandemic, BLT produced “A Walk in My Neighborhood,” an immersive, COVID-safe audio walk that the LAist called “genius.” In 2018, our team produced Red Emma & The Mad Monk at the Tank in New York City, which was named a New York Times Critics’ Pick and played to a sold out run. Big Little Theater Co also produces MeetCute, a series co-founded by Katie Lindsay and Hannah Wolf, that pairs writers and directors for an evening of short plays and community building in Los Angeles.

Masks are currently required for all performances.